This picture below is just the replica of what I saw in my spirit yesterday morning when I was praying.

I was wondering why the persistent trials of faith, spiritual persecutions and emotional tribulations, and afflictions, incessant lacks and wants in the midst of great visions and passions for the work of God in our ministry?

I was so depressed and saddened by all that are going on around me and so many problems and hardships befalling many of us in drama and film production ministry.

I was lying on my back, praying.
Suddenly, I saw this picture of a large cooking pot on the fire.
The iron pot was very big and the fire under it was blazing very intensely. The pot was covered and boiling inside.
Steams were coning out from under the cover. It showed something like food was cooking inside of it.

Then, the Holy Spirit spoke to me:
“How would I serve the World good quality food THROUGH YOU, without cooking the food?

How would YOU bé the Ones cooking the foods without ME setting fires under YOU?

YOU want me to give the World good cooked foods through YOU without the POTS cooking the food, sitting on FIRE?”

That was when I was seriously relieved.
I was so glad the Lord showed me the flash revelation.
I was happy I was giving the understanding of His mind about us.

Somebody said:
Drama Ministers are very poor.
I said I don’t understand his definition of “Poor”.
We may have a lot of needs, but we are not poor.
This year alone, I have faced several moments of serious needs and lacks.
But I am not poor.

A drama ministers once gave me that expression that he is poor because, he has several needs he could not meet.

Then, I pointed it to him, that, how can he say he is poor when he has his first and second child in the university and his third child in SS3 and he has a house of his own?

Several times this year, my family and I suffered a lot of lacks and needs.
BUT WE ARE NOT POOR.

Not too long ago, this year, we wanted to go to church on Sunday morning, but we got to the car and saw that the car had no fuel inside it. It could not go one mile.

All of us were dressed for church, but none of us has up to N500 so we sat outside the house just waiting for any miracle. My son walked to another house and later came back with ten liters of fuel.

We went to church and after the service, a man said he had been looking for us with a letter. He opened his Bible and gave us the letter from a church.
On our way home, my wife opened the envelope and it was N100,000

Somebody said the reason why many drama Ministers and ANCEDRAM members could not come to the Congress was because they could not afford the transport fares and the N3000 registration fee.
THAT DOES NOT MEAN WE ARE POOR.

We have lacks….
We have needs….
BUT WE ARE NOT POOR!

Several times, disciples following Jesus were in needs and lacks.

JESUS NEVER MULTIPLIED FOODS FOR HIS DISCIPLES,
HE ONLY DID SUCH MIRACLES FOR THE MULTITUDES ON MISSION FIELDS.

Even when he gave Peter the miracles of a drought of fishes sinking two boats, he still ordered them to forsake it and follow Him.

WE ARE FOLLOWING THE JESUS WHO CALLED US TO FEED THE MASSES.
WE CAN NOT BE SERVING HIM TRUTHFULLY AND BE STRANDED.

What is our definition of TRIALS OF FAITH?
What is our own meaning of Suffering for the Ministry we Carry?

SINCE I STARTED MINISTRY….
SINCE I HAVE KNOWN THE LORD…..
I HAVE NEVER KNOWN…POVERTY.

All our Children in Mount Zion grew up inside it. So, we all know what Lacks and Needs are.

SOME PEOPLE HAVE NOT YET CAUGHT THE REVELATION OF WHAT DRAMA MINISTRY IS.

THEY THOUGHT DRAMA MINISTRY IS A BUSINESS, WHERE YOU CAN MAKE MONEY.

NO. THE LORD GOD WHO FOUNDED THIS MINISTRY OF DRAMA, HAS NOT ESTABLISHED IT SO.

YOU CAN NOT MAKE MONEY FROM THIS MINISTRY.
YOU CAN ONLY MAKE SOULS.

THE LORD COULD GIVE YOU WISDOM
TO BE CREATIVE WITH IT AND MAKE YOU BLESSED THROUGH VARIOUS PROVISIONS.

SOME OF US ARE CALLED INTO FULL TIME DRAMA MINISTRY….
Such People , even if they fish day or night, they would still catch nothing.
They would still go hungry till Jesus shows up to give them fish cooking on the fire. 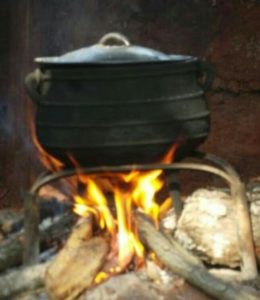 They are not lazy. They are very hard working. It is because that is their calling. They may sell videos and books and some things here and there, but they sea port and the airports of their success will still remain the area of their Calling and Ministry.

AND THERE ARE SOME DRAMA MINISTERS WHO ARE NOT CALLED INTO FULL TIME.

They succeed in their little businesses. They use the proceeds to support the works in the ministry.

Some of them are Professionals, Career men and women in drama ministry.
They are very very diligent and profitable to the ministry.
We acknowledge them.

PLEASE,
I WANT TO IMPLORE EVERY ONE TO STAY ON HIS TRACK AND BE FAITHFUL.

AND LET NOT THOSE WHO ARE CALLED INTO FULL TIME DRAMA MINISTRY THINK THOSE ON PART TIME BUSINESS OR CAREER PERSONS AND PROFESSIONALS AMIDST US ARE NOT FULFILLING GOD’S PURPOSE.

The Lord has called us all to serve different portions of His Vineyard.
Don’t go into the Business the Lord has not called you into, lest the Calling and the Ministry suffer.

And dont abandon your Career and Profession into Full Time Drama Ministry, if the Lord has not ordered you to do so, lest you and your ministry suffer.

God bless you all.

5 thoughts on “The Vision of The Pot on Fire”

The Mount Zion Institute of Christian Drama unifies and spiritually empowers drama ministers in other nations they go, by helping the drama ministers, after training, to stay united informing an association with same visions and goals in their various churches and cities.